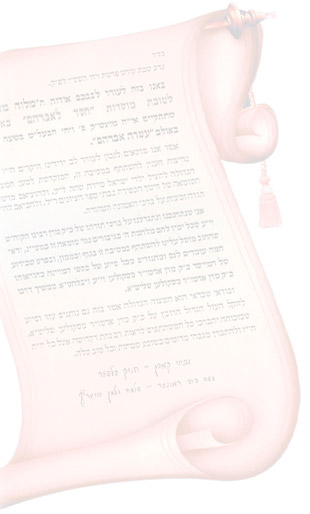 Here’s a primer for the meaning and terms used in the modern Jewish ceremony, or “Chuppah”. You might want  to take notes, just in case we spring a pop quiz on you! Enjoy!

The chuppah or bridal canopy, is perhaps the central tradition at most Jewish weddings. It’s common for the  Jewish ceremony to simply be called the “chuppah”.

Usually the canopy is made of ornamented satin, or velvet – supported by four poles. (sometimes hand held).  Marriage ceremonies in the Middle Ages customarily took place outdoors, as an omen that the marriage should be blessed with as many children as stars in the heavens. To make a space separate from the surrounding marketplace, the rabbis sanctioned the use of a chuppah.

The original meaning of chuppah was "room" or "covering", from the phrase in the Bible: "Let the bridegroom go forth from his chamber and the bride out of her pavilion (chuppah). The chuppah symbolizes the new Jewish home that the couple creates together. It may also have origin in a reference in the Bible to a bridal retreat, where the newlywed couple was confined at the end of the wedding ceremony. In the Middle Ages the custom evolved into a cloth, or outer covering, that was spread over the bridal couple during the ceremony as a means of protecting them from harm and evil spirits.

The custom of veiling the bride (badecken) is traditionally explained by the reference to Rebecca in Genesis. "Rebecca took her veil and covered herself" upon first meeting Isaac. Popular legend attributes the bedecken to the Biblical story of Jacob and his wives. After trying for seven years for permission to marry Rachel, Jacob was tricked on his wedding day into marrying Leah, instead (Genesis). To avoid such a mishap, according to legend, the groom "checks" to be sure than it is, indeed, his bride, before her veil is lowered over her face. It is so designed to serve as an affirmation that the bride is placing her complete faith and trust in the man whom she is about to marry.

During Jewish ceremonies, it is traditional that males wear kippot (yarmulkes in Yiddish), skullcaps, as a head covering. The covering of the head is a demonstration of awareness that there is something which is infinitely above our intellect and symbolizes our respect and humility in the presence of such a Being. Non-Jewish males may choose to wear a kippah, as well.

The tradition of having honor attendants (Bridal Party) also has some Jewish roots. Legend has it that Michael

and Gabriel, two angels, attended the "wedding" of Adam and Eve. Honor attendants are thus considered to be

“model” or best friends of the bride and groom.

Almost every Jewish wedding ends with the traditional breaking of the glass. The traditional explanation is that the smashing of the glass dates back to Talmudic times when Rabbi Mar de-Rabina felt that his disciples had become too frivolous at the marriage of his son. Legend has it that he grabbed a costly glass and threw it to the floor. This had a sobering effect on his guests and gave the clear message that in celebration there should also be awe and "trembling," as well. Some believe that even in the height of their joy, the couple must pause to remember the destruction of the Temple in Jerusalem. The shattered glass is a reminder to all that the world is filled with imperfections.

There once was a widespread belief that demons were afraid of fire and scared away by light. This belief formed the basis for many couples, of a variety of religious backgrounds, to walk down a protective aisle of torches and candles. The custom continues today in many Jewish weddings. The more traditional explanation explains that the numerical value for the Hebrew word candle (nair) has the same value as the biblical phrase in Genesis, "Be fruitful and multiply."

For Orthodox (strict observant Jews) ceremonies, Hakafot, is the custom of the bride circling the groom, in some traditions seven times, in some three. This circling is the bride's way of demonstrating how central the groom is to her thoughts and to her very being. Another interpretation is based on the belief that evil spirits seek to keep the young couple from the fulfillment they look for in their marriage. The "walking around" may serve to protect the husband from the demons which seek to find him. The seven hakafot corresponds to the seven marriage blessings and may well also refer to the seven verses in the Bible which says: “and when man taketh a wife." The three hakafot may be based on the verses in Hosea in which the word "betroth" is used three times in an analogy of G-d as the bridegroom speaks to Israel, the bride.

The Seven Blessings (shevah berachot) mark the completion of the wedding ceremony. The blessings are recited over wine or grape juice. It is the seven blessings that join the new couple to their community. A "new custom" has been added to add even more symbolism. The two mothers and then the two fathers (of the bride and of the groom) pass the wine goblet to the bride. This symbolizes the joining not only of the bride and the groom, but also of their two families. The Hebrew/Yiddish term for a bride or groom’s family is ”mechpucha” and “ mechutaneem” for the in- laws.