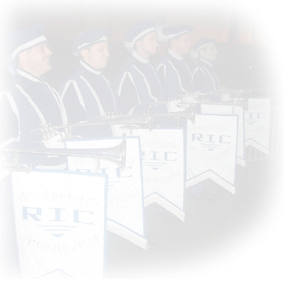 In Hebrew,”Bar Mitzvah” means “son of the commandment”.

“Bar” is “son” in Aramaic, which used to be the speaking language of the Jewish people.

“Mitzvah” is “commandment” in both Hebrew and Aramaic.

“Bat” is daughter in both Hebrew and Aramaic (the Ashkenazic pronounciation is “Bas”).

Under Jewish law, children are not obligated to observe the commandments until the age of 13 (12 for girls).

The Bar or Bas Mitzvah ceremony formally marks that obligation.

During the early period of Jewish history, when Jews were already celebrating Shabbat, Rosh Hashanah,and Yom Kippur – they did not have Bar Mitzvahs or Bar Mitzvah parties as we have today.

Certainly there were no bar mitzvahs during the period of the second Temple, which ended in the year 70 of the Common Era (70CE). During the compilation of Jewish oral law (Mishna) about the year 200CE, the age of 13 was set aside as the time when a boy became obligated to abide by Jewish law( to perform Mitzvot), but the actual bar mitzvah ceremony still did not exist.

Even as late as the 12th century, according to Maimonides, the famous 12th century Torah authority, a boy could be called up to the Torah  for an Aliyah (reading from the scriptures in front of the entire congregation) during a religious service--even if he was not yet 13, as long as he understood the significance of what he was doing.  Similarly, among Syrian Jews, there was no set age for a first aliyah, but it usually occurred between the ages of 12 and 13.  Girls were considered a ketana (a minor) up to the age of around 12 years old.

It was not until the 15th century, in Germany, that the modern Bar Mitzvah ceremony came into being. Around that time young boys were no longer counted as part of the minyan (male congregation) or called up to the Torah for an Aliyah.  Now they were required to attain the age of 13 before they could be allowed to participate in the Jewish service, and  thus this day became a day for celebration. To demonstrate their new maturity, boys began speaking about the significance of their Torah reading at their ceremony. They were then officially a "son of the commandment"...and this is how the modern Bar Mitzvah was born.

It’s interesting to note that the elaborate ceremonies and parties that are commonplace today were unheard of as recently as a century ago...a hundred years ago, we would not have any photos to show off our trumpeteers at Bar and Bas Mitzvah parties.